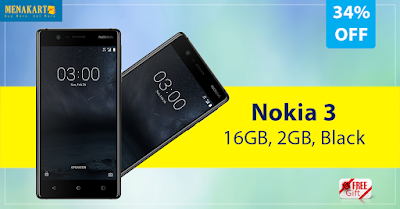 DESIGN AND DISPLAY
The phone seems to have a rectangular look topped with smooth and shiny exteriors. The volume rocker and power button are on the right edge of the phone, while the speaker grille is present on the bottom edge. This would be good as putting the phone down will not suppress the sound from the loudspeaker. There are no on-screen buttons and the primary camera module has been provided on the back of the phone. The phone is expected to be available in two color variants i.e. white and black. Overall, the phone looks decent enough to be able to catch people’s attention. The phone is rumored to come with a 5-inches 1080p HD IPS LCD Capacitive touchscreen with a resolution of 720 x 1280 pixels roughly corresponding to 285 ppi rich screen. The display is protected by 2.5D sculpted Corning® Gorilla® Glass protection. The display will turn out to be decent enough to serve its purpose. The HD display will have a brightness of 450 nits with polarizer feature; sunlight legibility should be no problem.

PERFORMANCE AND CONFIGURATION
The phone will run on Quad-core 1.4 GHz processor mounted on a MTK 6737 SoC chipset. The Nokia 3 will have 2GB of RAM. Contrary to rumours, Nokia 3 will run on Android v7.0 Nougat. The phone has 16GB of internal storage, expandable up to 128GB using a microSD card. The phone will support dual SIMs and would also support 4G/LTE, 3G/UMTS and 2G EDGE/GPRS network bands.

CAMERA AND MULTIMEDIA
Nokia has installed an 8MP camera on the back panel and another 8 MP camera in the front as well. The primary camera is 8MP AF camera w/ 1.12um focal length, f/2.0 aperture & LED flash. The camera will be capable of FHD recording with a resolution of at least [email protected] Also the camera app will come with multiple camera options such as HDR mode, time lapse, panorama etc. The camera setting would also include Exposure compensation and ISO control.

The Front-facing camera will be an 8MP AF camera w/ 1.12um focal length, f/2.0 aperture, FOV 84 degrees and display flash. The 84 degrees view has been specially incorporated in the camera for shooting selfies.

For audio, Nokia has provided a 3.5mm earphone/headphone jack and a single loudspeaker. The loudspeaker’s main use will be during calling. But its loudness should be enough for a small room in case you want to play music or videos.

BATTERY AND CONNECTIVITY
The Nokia 3 will have an integrated 2650 mAh battery. Given the specifications of the phone, we’re expecting the battery to provide enough power to last a day with moderate to heavy usage. There is still no announcement on fast charging support so we’re excluding that from a present feature list.